The Book Of Eli

Denzel Washington's charactor, Eli, spends years walking west to deliver the last remaining King James Bible to a museum curator in San Francisco. Set several years after an apocalyptic event--there is talk of a war, and a "flash"-- Eli, nearly always in sunglasses, encounters danger and violence in his travels. Despite the trouble he encounters, Eli maintains a Zen-like demeanor throughout.

The Book Of Eli contains an interesting perspective on the importance of religion on society, and the plot is carried out in a satisfying way. The most interesting aspect of the movie to me was the look: at times the color seemed washed out of the film, while other scenes had robust color. The ending, which contains a difficult-to-spot swerve was enjoyable, and left me thinking about the flick for several hours.

Eli reminded me a lot of the spaghetti western genre, especially some of the early Eastwood flicks like A Fistful Of Dollars. Enjoyable, interesting and full of testosterone.
at 6/27/2010 No comments:

Toy Story 3 is a wonderful coming of age story that blends perfectly the joy and sadness of growing into adulthood. The Pixar-Disney collaboration, along with the direction of Lee Unkrich, produced a classic film that provides a perfeect ending to the revered trilogy. This isn't just an amazing animated 3-D kids flick; Toy Story 3 is emotionally moving, well-written and designed to be intimately personal to the viewer.

Who hasn't struggled with an uncomfortable transition in life? That awkward, wish-I-had-a-roadmap-to-tell-me-what-to-do move from the innocence of childhood to the responsibilities of being an adult. 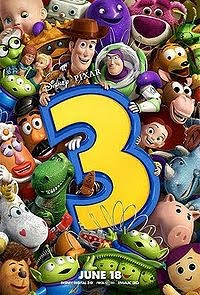 Whether you think adults should put their toys away or, like me, you find a place in your home and office to display them, growing older comes with a price: adults have responsibilities and can't live forever in the imaginary playground of our youth.


But that doesn't mean the playground, along with the wonderful memories it created, can't be loved, appreciated and reflected upon.

At the end of the viewing I attended, there were few dry eyes in the audience. Folks sat through the credits in the dark, hoping their tears would dry before the lights came up. The tears weren't tears of sadness; instead, they came from understanding what it's like to be in the place Andy was, emotionally.

How can I be sure?

I've always loved talk radio. I listen to national political programs and the shows that focus on the paranormal, but my favorite type of talk radio has a local flavor. I enjoy the community that forms among the callers, and I dig listening about topics with which I'm familiar.

Local radio is all but dead. There are few shows in West Virginia that have survived the commercialization and corporate mergers that vanilla-ized the medium, but I mainly get my talk radio fix now through podcasts. Friends Spike Nesmith and Paul Higginbotham have a terrific show (which can be found here), and others themed on a specific topic often catch my fancy.

Fellow blogger AllClick recently developed a podcast themed on movies, titled "2 Guys/3 Movies." AllClick invited me to join him in discussing Iron Man 2, The Lovely Bones and Avatar. It was great fun, and I hope to join him regularly.

The One Where I Talk About My Dad

Several times over the past 40 years, my dad's explained to me that he doesn't really need social connections. "People are just a bother," he'd say. He preferred to be alone. Being isolated didn't disappoint him, didn't invite drama into his life and didn't intrude on his beliefs.

For years I struggled with how to connect with him. We have, literally, nothing in common except the sound of our laugh and a proclivity toward extreme shyness. Early on he embraced being shy, avoiding people outside of his normal, decades-long routines. I rejected my innate shyness during my teens when I realized I needed to interact with people, even though doing so often made me feel awkward and uncomfortable.

How we approached that problem probably played a key role in the different paths our lives took.

In my 20s I thought something was wrong with me because I wasn't very much like my dad. I saw the world in a different way than he did, and held different core values. I was conflicted; when a young man's worldview doesn't match up with the only role model he's had, the young man often thinks something is wrong with him. In my 30s I became angry, pissed off that dad wasn't more like me. That anger helped me carve out and establish my own identity, though, and in my 40s I learned to be more accepting and more understanding of our differences.

A father and son can be totally different, and still love and respect each other. 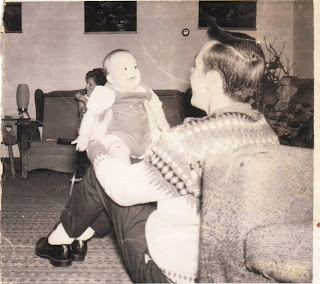 I don't put any real monetary effort into Father's Day. Something about buying my dad a T-shirt or a coffee mug with a cute slogan seems to cheapen the event. To me, Father's Day is a time for reflection, appreciation and trying to become closer. 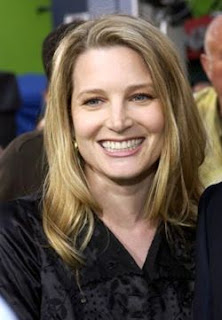 She totally rocked in Single White Female, the flick that seemed to position Bridget Fonda as the go-to female lead of the early 90s.

Fonda hasn't been seen in a movie since 2002 (Snow Queen), just before she married film composer Danny Elfman.

I gave Legion a chance because of it's religious theme, and because it had a pretty good cast. I dig end-of-times flicks, especially when there are archangels involved. I've always been fascinated by the legends of archangels from ancient writings.

Bad-ass too, usually, are members of this cast. I really like the work of Dennis Quaid, and Lucas Black (the slow talking former kid from Sling Blade) always seems to give a terrific performance. Throw in Charles Dutton, from Roc, and it should be an above average cast.

Well, neither of my reasons panned out.

Legion suffers from a disconnected storyline, poorly written dialogue and illogical plot devices. The most ridiculous scene has archangel Gabriel swooping down and landing on top of a moving car, getting into a fight with the humans inside and losing.

He's an archangel, for Christ's sake! He ain't gonna get beaten up by a a couple of scared twenty-somethings on the run.

Skip Legion, and just watch over-and-over that scene used in trailers, the one where an elderly female customer in the diner goes zombie on other customers, crawls the walls and screams profanities.

The only thing more strange to me than some chick thinking the fourth time's the charm for Rush Limbaugh is that Elton John performed at the reception for $1,000,000.

Talk about being a sell-out! And Sir Elton's not much better. [rimshot] 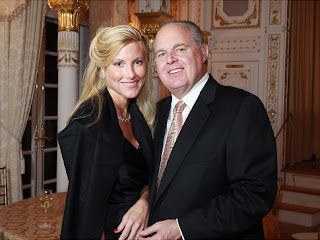 I scrunched down in my chair, and Mrs. Film Geek perked up a bit in hers, when Channing Tatum walked out of the surf topless. My confidence went south, along with my expectations for the flick.

"Hang tight," she said. "I know a few things about this movie. You'll like it, I promise."

I sucked in my gut, set the popcorn aside and relaxed. Mrs. Film Geek knows me really well. If she thinks I'll like it, I probably will. 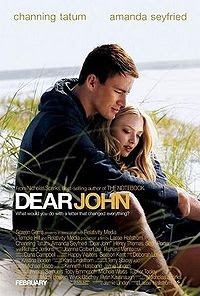 I liked Dear John for several reasons, but mostly because it isn't the romance movie the audience expects. Sure, the relationship between military tough-guy John and college student Savannah is a major part of the movie. But Dear John moves beyond that, and becomes a story that illustrates the importance of pushing through difficult, awkward situations in order to connect with others in a substantial manner. This is shown most effectively in the relationship between John and his father, a man who has Asperger's Disorder and is challenged by social relationships.


The flick hit close to home.

John's father, played masterfully by Richard Jenkins, reminded me a great deal of my own dad. Both are personally isolated and distant, interested but unsure how to interact on a highly emotional level. The struggle John has understanding his father's inability to connect emotionally level mirrors my own frustration with desiring a closer relationship with my dad, but always seeming to fall short of that goal.

As a romance flick, Dear John is a bit cliched and even overly sentimental. As a movie about working through the baggage of family dynamics, the movie was pretty darned good.

What would you do if a handsome stranger approached you with the offer of $1,000,000 to sleep with your wife? 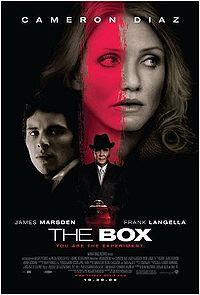 In The Box the chick's still hot, but the guy wanting to give away the cash is a Martian intelligence inhabiting the body of a resurrected burn victim. And it's not nooky he's after: if Cameron Diaz decides to take the cool million, someone in the world will die.

It's a quid pro quo she can live with. Early in the flick she decides she needs the money. It's a selfish decision she'll regret.

The Box is based on a short story that once aired as an episode of the 1980's version of The Twilight Zone. The story fits an hour-long TV episode format better than plays in a movie length feature. In the longer version the plot becomes too thin and, as a result, seems campy and more than a bit cheesy. In the final act, when the film is supposed to be at its scariest, I laughed out loud more often than I got the creeps.

Maybe more than the other kids, my daughter Griffyn loves to go to the movie theater. She doesn't go for the extra-large Coke or candy, and sometimes she isn't even that interested in the movie. She just digs the experience.

Hanging out at the movies with someone you care about while sharing laughs, chills and popcorn is a bonding experience greater than any movie.

When she reminded me last weekend that we'd planned to see Shrek: Forver After, I grimaced. I'd forgotten. Feeling--no, not "feeling," "being" is the right word--so behind with work and home responsibilities I'd placed seeing the fourth Shrek flick way down the list of priorities.

So far down it didn't really exist.

"But you promised," she said. And she was right. I did. So I slipped on some clean shorts and my summer sandles and hit Pullman Plaza theaters with kids in tow.

Shrek: Forever And After was funny and well written. But most importantly, it reminded me that I sometimes get so caught up in things I think are important, I forget about the things that really are: family, relationships and living as much as possible in the moment. 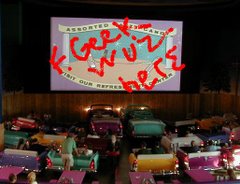